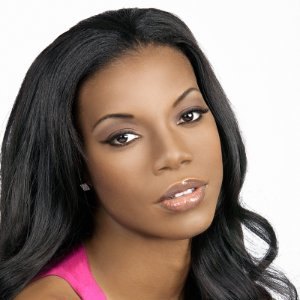 Originally from New Orleans Louisiana, was granted a full athletic scholarship to Tulane University. Completed a Bachelor of Science Degree in Computer Information Systems and a minor in Business Administration- Dean’s List (Three Years). Was drafted into the WNBA by the Minnesota Lynx (second round) in 2001. After playing 3 seasons for the Lynx, Burse was traded to the Seattle Storm and won a WNBA World Championship in 2004, and gained a starting role on the team’s roster for several seasons thereafter.

In 2005 she became the WNBA’s face for relief in the wake of Hurricane Katrina. At two playoff games at Key Arena in September 2005, Burse’s charity through the Franklin Avenue Baptist Church raised $25,000 for the relief efforts, which was matched by $75,000 from the team organization. She was also selected to the Seattle Storm 10-year Anniversary Team.

Burse completed her career playing seven successful seasons in the WNBA and 10 overseas seasons for various clubs competing in the FIBA Euroleague and Eurocup. Her overseas experience and play earned her 4 Euroleague All-Star Appearances, and was also named Post Player of the Year when she led her Polish Team Wisla-Can Pack to the Euroleague Final 4 in 2010.

Burse has also started her own company after playing professional basketball, The Fresh Factor, a Nutritional Juice Bar promoting a healthy lifestyle. She currently has 7 locations in the Houston Texas area. She is also an active member of the National Basketball Retired Player’s Association. In 2016 Burse received a Proclamation Award from the City of New Orleans recognizing her achievements and contributions to her community. She has also served as a volunteer to Habitat for Humanity International as well as a Financial Contributor to St. Jude Children’s Research Hospital.