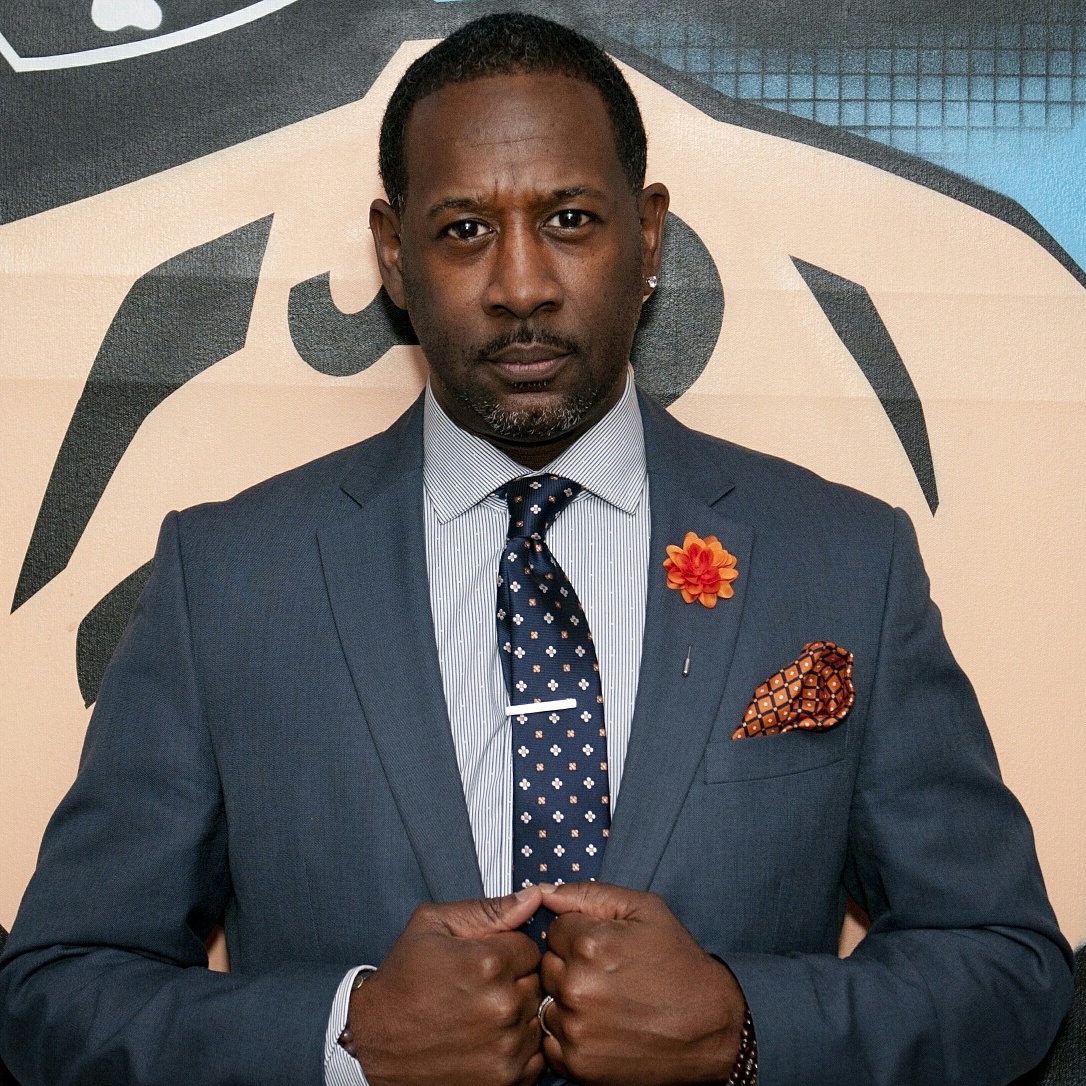 Currently at the helm of a growing multimedia marketing company as President and CEO of ELEVEN28 ENTERTAINMENT, June Archer got his ﬁrst exposure to the industry on the music scene behind the microphone. He soon realized that his dream would soon become a reality by successfully impacting the industry behind the scenes.
June’s name ﬁrst emerged on the music scene in 1995 as a member of the Elektra Records recording group Room Service. The group achieved radio and video success with the singles “Ain’t Nothing Wrong” and “Stay”, but he realized it was the business that drove him. Shortly after the group disbanded in 2000, June reconnected with executives and mentors who previously guided him while in the group and he gained insight into the business of music. These experiences solidiﬁed June’s conviction that having an undeniable impact on the entertainment industry was his calling.

“For me, making the transition from Artist to Executive is a dream fulﬁlled. Having been an artist, I can educate up-and-coming artists, producers and songwriters on what to expect from the industry. As an executive, I can help institute the kind of change that will beneﬁt both sides.”
June also recognized that developing new opportunities and being innovative was important as well. As creator of the New England’s #1 music and entertainment showcase “Hot Chocolate Soul”, June developed a platform for emerging artists in Music, Comedy & Poetry to develop their craft while entertaining the community. This was a platform with which he was not aﬀorded as an up and coming artist. And in a commitment to give back, he began devoting a signiﬁcant amount of time to speaking with teens and young adults about music, as well as the importance of education.

June is a staunch advocate in the ﬁght against HIV/AIDS, as well as the race to ﬁnd a cure for Breast Cancer. Each year he produces the annual “June Archer’s Celebration of Life” charity event, the proceeds of which beneﬁt various organizations involved in these two worthy causes such as Concerned Citizens for Humanity since 1995. The event also recognizes community champions in the areas of education, arts, sports and entertainment. In addition, June released the “100 Men of Color” Gala as well as the “100 Women of Color”, honoring men and women from Stamford to Springﬁeld in business, entrepreneurship, education, government and service and for the impact they have on the lives of people in their communities.

June has been the recipient of many honors recognizing all his eﬀorts within his home community of Hartford, CT including “June Archer Day” and “Hot Chocolate Soul Day”. The Mayor, along with the Governor of The State of Connecticut, acknowledges “100 Men of Color Day” in both the city of Hartford and State of Connecticut. Surprised by the board of “100 Men of Color”, June was also awarded for Community Service. Just recently, he was humbled at The 30th Annual State Capitol Martin Luther King Jr. Day Ceremony with The Martin Luther King, Jr. Award (2016). He has also been awarded for his community service by the “Connecticut Chapter of Men and Women for Justice, Inc” (2013), the “Walk Worthy Award” for community service (2010) and the “Caribbean Heritage Award (2010)”. He has also received RIAA Certiﬁcation Plaques for Platinum selling works on albums by Jay-Z, 50 Cent and Mario and Gold selling work for Hitch movie soundtrack. He has also been honored by the NAACP as one of the “100 Most inﬂuential Blacks in Connecticut”.

June has added the credit of Executive Producer to his name with the reality shows “The Docu-Tape” and “Behind the Unsigned”. Both shows debuted on Fuse.TV. He also co-produced motivational pre-game content for Sunday NFL Countdown on ESPN for the 2013-2014 season. In addition, he has added the title Author to his accomplishments. June is sharing his keys to success with the world in his debut book, “Yes! Every Day Can Be a Good Day (The Keys to Success That Lead to an Amazing Life)” and then extending to the younger generation with “Yes! You Can”.

With June’s combined musical talents, experience in the entertainment industry and commitment to community, he is reaching for the stars and encouraging others to join him.
“No goal is ever out of reach. Once you’ve realized your dream, that doesn’t mean you stop. It just means you dream bigger”.